Bo and jrp chat- we get to listen in

The pair had very little time to discuss the new announcements while making last minute arrangements for the sold-out 7th Annual Photo Adventure Trip (ANPAT) beginning later this month. For Nikonians who could not attend the ANPAT -- this Internet conversation between them gives you an idea of their current views.

Bo (at right) begins the chat (in blue text) followed by jrp (at left in the Nikonians hat):

:
Partner ---Thanks for taking the time to discuss the new Nikon D3 DSLR and what
the near future probably brings for us Nikonians in terms of DSLR cameras.
Please have a virtual seat. :)

: I
bet that everything in the pro segment will be FX from now on (D3, D3X, D4...),
since it is easier to pump up the resolution that way and is probably the best
tactic against Canon's marketing to the same segment. It is natural to see the prosumer bodies being DX for now and since the DX
lenses are still usable on the FX bodies not much is lost. The "sexiness" of DX
lenses will drop fast though.


jrp: Not sure that everything in the pro segment will be FX only. If that were the
case the D3 would have been named D3H, then for sure the incoming D3X would
also be FX--a bit slower frames per second but with more megapixels -- Like
it was the case with the D1H and D1X, then D2H/D2Hs and D2X/D2Xs -- But who
knows.


: If
I recall right, "H" = highspeed. For sure
the D3 is high speed, but probably the former "H's" where dubbed
"high speed", since that was about the most important, marketable
additional feature that would sell... With the new D3 we have a new generation
of cameras, not the case with the D1H and D2H which were nothing IMHO but
cosmetics. 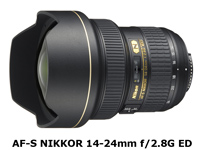 Let us take a look at the new lenses that are coming out.
The two new zoom FX lenses look most attractive, even to me with my D2X. The
optical performance is simply incredible - if one is to judge by the published
MTF tables. So yes, for the pro and deadly serious amateur segments, the DX
lenses "sexiness" is gone.---- But the cost and weight will cause many to still
largely favor the DX lenses. They are here to stay and its customer loyalty
tradition and margins will make Nikon continue to offer DX lenses and DX DSLR
bodies, now that they have broken the initial resistance. There are now 2 FX
lenses and 26 DX lenses in production.


: Yes, good hint on the weight. So that can be another reason
for the "heavy pro's/prosumers" to go with
FX and the larger "average" crowds to use DX..

26 DX lenses currently in
production is a majestic number. As we can (usefully) connect a large number of
non-DX lenses to the FX based Nikon D3, I bet we'll see many interesting
lens-D3 combinations in the forums. 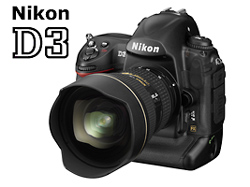 Prosumers: D300 (and the
alleged D3X that should be coming soon)

All other Pros: Future D3X and D4

With less spilling over from one segment to the next,
both under and above, via price, there will be fewer models with more efficient
manufacturing, the old tooling lines for 35mm lenses is being revamped with new
optical formulas and coatings, etc. It is a great move and shows that the new
Nikon management is really performing.

jrp: Well, the most exciting to
me about the Nikon D3 is not that is a full frame sensor camera, although it is
undeniably a source of brand pride and an opportunity to "recover"
the wide angle and shift lenses we used on 35mm film bodies; but the main
feature for me is the much extended ISO range, from Lo-1 (ISO 100) all the way
up to Hi-2 (ISO 25,600!). Adding to that the several other
extraordinary improvements, makes the D3 a photojournalist, sports specialist
and paparazzi dream camera.


:
What do those very high ISO numbers mean for nature photographers? How do you
expect that they will change your own photography?

rp: For nature photographers it could mean a lot. For example those into landscape
photography can use smaller apertures for sunrises and sunsets with faster
shutter speeds, particularly important when there is wind and you demand high
sharpness. For wildlife photographers, to be able to freeze a bird in flight
and forget about noise and motion blur is surely a big thing.

: Are
you going to move to the D3 now or stick with your D2X and wait for a future
D3X?


jrp: I am going to keep my D2X,
as I kept all cameras I ever owned, and continue to use it, but as responsible
for the forums at Nikonians, I feel I must know this camera first hand, so will
have to own one and know it well. Also, as head of the publishing team I need
to be able to edit our content before it is published at the Resources and the
Nikonians Press.

The D2X' DX APS-C sensor is an advantage in telephoto
usage given the 1.5 crop factor. To do the same on the D3 one needs to invest
on the really big guns, not alwasy easy for those of
us who don't make money from our photographs to pay for gear.

Of course the D3X carries great expectations, even when
the prospective of having to switch to terabyte hard disks for image storage is
not exactly compelling for amateurs; but -after all- we moved out of floppy
disks and diskettes, didn't we?

: Yes, the larger image files produced by the alleged D3X will lead to higher
storage capacities required. As you said, storage is getting cheaper and prices
are really dropping fast. Many of us have now terabyte hard disks connected
to our computers. Even if this is a very speculative question, I have to ask
it: What kind of resolution do you think we can expect from an

jrp:
28-30 Mpix would not be impossible, unless I am missing something crucial in
sensor density projections.

: Of
your arsenal of lenses, which lenses would you like to use on the D3 -- which
combina 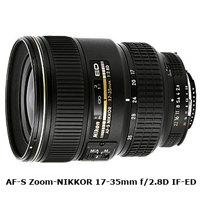 tion would be thrilling to test? On what subjects?

:
Btw, you are mentioning the D3X as if this is a fact. Will there be one and if
so, what could be the release time period?


jrp: Yes, I find it a logical upcoming event. Most likely next year we'll see a

: The
D3 delivers 9 frames per second at max speed. Why would someone need that and
can this be of any interest to Nikonians in general?


jrp:
Sports and Wildlife photographers may need this frame rates, like when shooting
a footbal sequence 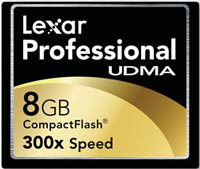 or a cheetah running for a kill,
not to mention if running straight at you in the jungle. This is likely an
important appeal to our professional members. Even more so as
files get larger. Memory card manufacturers work closely with camera
makers and we are already seeing new speeds in reading and writing such as the Professional UDMA 300X by Lexar with
45MB/sec USB transmission to computers, and up to 40MB/sec sequential read and
write by Sandisk Extreme IV CF cards. I don't think
this is just for the sake of being faster, but direct response to a real
upcoming industry need.


:
Thank you very much for your time partner. Always good to
chat with you about something _else_ than the most pressing daily issues :)