The top three entries in the Nikonians Photographers of the Year 2007 Contest have been named. Contests Director Chris Gray has contacted the winners in the USA, Australia and Switzerland. 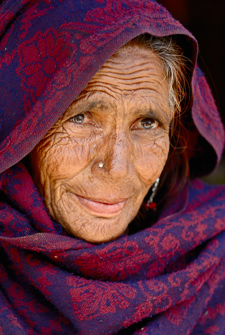 Carl, who lists his background as an experienced advanced amateur who mainly shoots sports, uses a heavy arsenal of Nikon professional DSLR's including the Nikon D3. He's also experienced with his SB-800 Speedlight,D1X,D2X,F6,P5000 and Nikon R1C1 speedlight.

His image "Kashmir Elegance" was taken in Pahalgam, Kashmir. He shot with available light in front of a store that his subject was entering.

His First Place award is a brand new HP Photosmart Pro B9180 Printer. He also has earned a 3 year Gold membership to Nikonians. 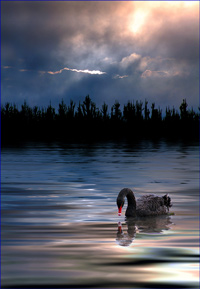 Our Second Place winner is Sue Ahon (Sue A) of Australia, who joined the Nikonians community in November 2006. She has been busy with her recently established photography business specializing in portraits, weddings, scenics and fine art photography.

Her winning image, entititled "Inner Soul" caught the attention of the judges when it took First Place in the Digital Art Category. Since that win, she has taken on the new name of Sue Kane. Listing herself in the Intermediate experience level she prefers shooting landscapes, and now she can add another digital single-lens reflex to her growing Nikon inventory, which already includes a D70 and a D200. 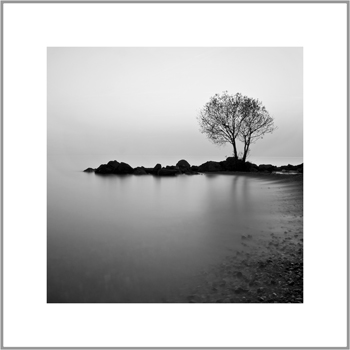 Our Third Place winner is Frederic Mottier (fmottier), of Switzerland. His entry "Lake Geneva" took top honors in the Landscape Category during preliminary judging and has stood the test of time. The judges, who initially were impressed with his "clever use of a slow shutter speed to evoke a mysterious impression" remembered their initial reactions when they came down to the final round. 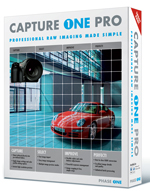 He will be awarded Phase One's Capture One Pro software and one year of Gold membership in Nikonians.

Stay tuned to the News Blog for further updates on the 2008 Contest. We're told the judging will be done in a new streamlined manner that should put even more Silver Gold and Platinum members in line for honors and awards.