« ID#87: The Image Doctors |Main| Think Tank puts you and your laptop in the dark »

The recently completed photo contest which awarded prizes to new members was so popular that we're launching our brand new five-week Series II. 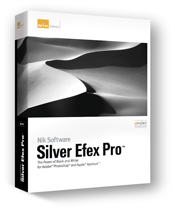 This time, we are giving out one License Code for Nik Software - Silver Efex Pro valued at $199.95 USD, once every week for the next five weeks.

All new members registering between now and May 5, no matter on which level (from Basic to Platinum), are eligible to participate in this contest.
The first winner will be announced Wednesday April 8, 2009.
The final winner of this series II will be announced on Wednesday May 6, 2009.

Complete details and a guide on how to prepare your entries are available in our Welcoming Photo Contest II announcement.

In case you missed it, here are the winners from the first contest.
Week One honors went to Pete Campbell (PeteCamp) with his portrait of "My Friend Chico."

Week Two's winner was David Parker (1984Landcruiser) with his "old-time" photo of a steam locomotive. By coincidence, David used Silver Efex Pro to achieve his results.

Jim Thackrey (jthackrey) was our winner for the fourth week with his shot of a“Lonely Road” in Nevada.

Finishing off the series was one of our youngest winners ever---- 12 year-old Nikonian Luke Birtles (LJB) won with his photo of Pont de Normandie.