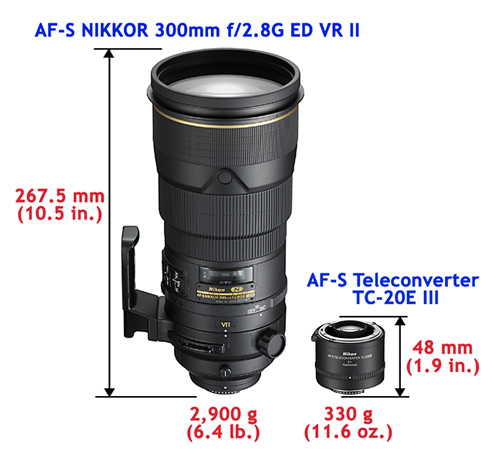 Nikon's Press Release quotes Edward Fasano, general manager for marketing, SLR Systems Products at Nikon Inc. describing the new 300mm lens as advancing "one of the most popular fast-aperture focal lengths for sports, nature and wildlife photography, demonstrating Nikon's commitment to professional photographers through the continued development of the optical fidelity and sharpness for which NIKKOR lenses are famous."

The Press release goes on to say the aspherical element in the new TC-20E III teleconverter is designed to virtually eliminate coma and other aberrations even at wide apertures.