Good Locations - "Doesn't Work at All"

Well, not exactly. The new Good Locations by Nikonians iPhone application does indeed work, and thanks to our members who have been downloading the free app and sharing their impressions, we have some answers. Our members have discovered that in some cases (depending on your connections) the application takes a few seconds to engage. 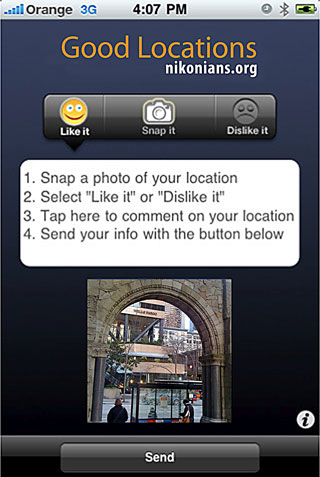 The Good Locations forum (set up as a special test bed for the new application) is a great source for the most commonly asked questions that have followed our initial announcement News Blog.

Nikonians co-founder Bo Stahlbrandt (bgs) has compiled a condensed version of some of the questions and answers that have already been covered in the forum:

1) The Good Locations iTunes app which allows photographers to share good locations has been released in a first version last Jan 21st. An improved version that supports a "capture now - send later" feature, which is needed when you are at great locations without any network coverage, is expected to be released sometime during February. 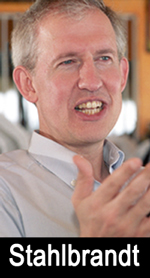 3) Some photographers have experienced a white screen after they started the app. The workaround for this is simply to wait for the white screen to disappear - which it will do after some seconds. The screen is related to a slow connection between the app and the Nikonians servers, most likely you are not on a 3G network, but on a so called Edge or even GPRS. We are further working on improving this behavior for slow connections.