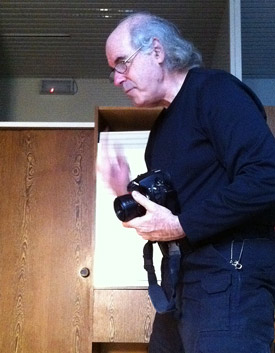 Richard, from Vancouver, Canada is attending a workshop lead by International award winning photographer Pascal Baetens, which he won in our Nikonians 10th Anniversary Photo Contest from last year.

Bo tells us the lessons for day two included: "Light - working with natural light, how to model with light. Further practicing how to locate yourself on relation to your model and the pros and cons of adding effects in post processing."

Pascal explained that post processing effects can often lead to discussions how the photo was done instead of focusing the audience on the original intent of the photographer.