Academy director: behind the scenes

Nikonians Academy Director Mike Hagen is preparing for his custom expedition yacht photo adventure trip to the Galapagos Islands (Sept. 14-23). The trip has only two seats left (at newsletter publication time). While preparing for the trip, Mike decided to file his latest update by focusing on the recent behind the scenes accomplishments and activities of three Nikonians Academy instructors.

Here is Mike‘s report:
Our instructors are some of the best in the industry. Each of them have established reputations as professional photographers who regularly work in the editorial and commercial realms. 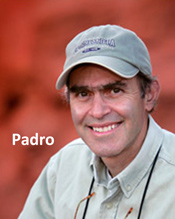 The 2012-2013 issue of Guest Life El Paso, the Southwest's Prestige Magazine, features an image of a dancing señorita captured by Efrain. The image is titled Folklorico dancer.

Guest Life destination books can be found in better hotels in places like New Mexico, Vancouver and Monterey Bay.

Efrain took the photographs to illustrate the piece while on assignment for the magazine.
To see the article and photos go to pages 54-56. 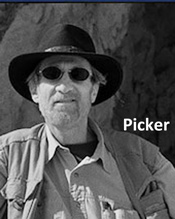 Les was honored with the 2011 Canada Northern Lights Award for travel journalism. Les describes his reaction to witnessing the Northern Lights for the first time in a July blog entry:

“I was standing on a mountaintop in Canada’s Yukon wilderness when they suddenly blazed across the sky. Nothing had prepared me for that moment. They literally took my breath away and I sank to my knees, thankful for the privilege of living in that moment.”

Several of the images are ridiculously wide; one is 29' and another is 19' and yet another at 14' wall covering). Most are fine art mounted and framed at 40x30. This is the first time the hospital has done this exclusively with an artist.

The new wing opens on Oct 10, 2012. Since this is for a traumatic brain injury unit, each image had to be vetted for appropriateness. About 1/4 of the images had to be local and had to be shot on location. 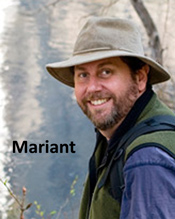 Michael has been very busy between his workshops.

His schedule included work for The Associated Press and his consulting and travel photography work with the Semester at Sea study-aboard program.

In fact, right now, Michael is on the program's MV Explorer ship sailing on the Fall Semester at Sea voyage for a 107-day journey.

He then sails 500 miles up the Amazon River to Manaus, Brazil, followed with a stop at the Caribbean island of Dominica, before returning to the United State in early December.

This is Michael's fourth 4-month journey with Semester at Sea. It is the same program that Michael collaborates with the Nikonians Academy for our annual Ultimate Travel Photography Workshop.

During his 4-month journey, Michael will be teaching classes in Travel Photography, Cinematography, and Digital Storytelling — in addition to wrapping up a new travel photography book. Prior to departing on the ship in early August, in between our workshops, Michael squeezed in two weeks of concert photography and video work for The Associated Press, covering several top country and rock acts.

Michael leads a number of workshops for us including Yosemite in Winter, Eastern Sierra, and Death Valley.

Looking for a workshop or photo travel adventure?
Visit our Nikonians Academy home page and feel free to search by geographical location, dates and topics.