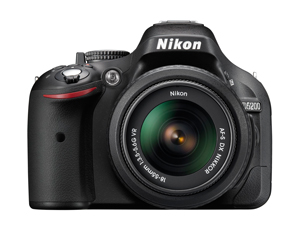 The new camera serves as a successor to the Nikon D5100 (released April 2011). It boosts the sensor resolution from 16.2 million pixels to 24.1, the burst shooting rate jumps from four frames per second to five, and the D5100 Multi-CAM 1000 11 point autofocus system is replaced with the 39-point Multi-CAM 4800DX.

You can read the full Nikon Press Release here.

Pricing and availability is not mentioned in the press release.