Congratulations to our December Contest winners

It's time for some well-deserved congratulations.

Check our nine-image legend and scroll down for the names of the winners and the photo links.

When you check those links you will be directed to background information on each image and also see the many other noteworthy entries in each category. 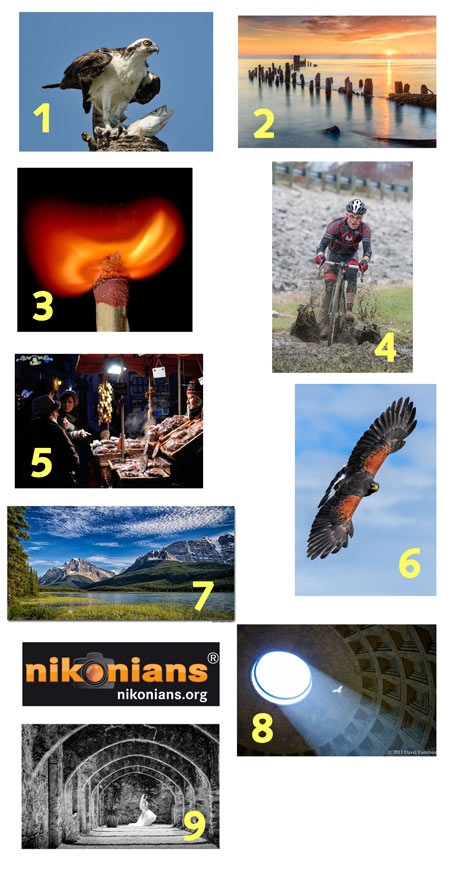 Editor's Note: If you noticed the last three winners were all from Texas, USA, and you were wondering if we had some sort of typographical glitch. No glitch --- they all coincidentally hail from Texas.