Our members have been discussing the Nikon D750 vs D700 since last month, and if you are looking for good comparison points while shopping, that discussion is an interesting read.

Highlights from Nikon's Press Release
The new Nikon D750 adds tilting LCD functionality and built in Wi-Fi to a full frame model, and Nikon's press release describes it as a camera that will find itself at home in any camera bag: 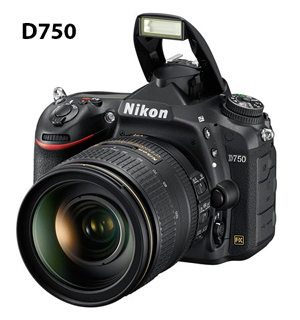 "The new Nikon D750 provides professional-level features and performance in a durable, lightweight body. Whether the user is an advanced enthusiast or seasoned pro in need of a second body, the D750 easily complements any photographic discipline with a pro-caliber capability."

In addition to normal, wide area, face priority and subject tracking AF modes, the D750 also features the new Group Area AF mode for enhanced accuracy. Challenging light such as a poorly lit wedding reception is also no problem for the D750, as the AF system has been improved with the ability to lock on to subjects in as little as -3 EV illumination, a first for any Nikon D-SLR. 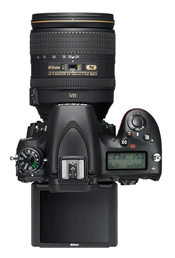 That tilting Vari-Angle LCD is a 3.2-inch, 1,229K dot screen which tilts to accommodate shooting overhead, at waist level and on a tripod. For those serious about using a D-SLR for video, the D750 delivers the same level of functionality found in the Nikon D810, with the maximum amount of manual control that?s essential for production applications.
The Nikon D750 is compatible with more than 80 FX and DX-format NIKKOR lenses, the same optics that have built a lasting legacy of amazing image quality with brilliant sharpness and faithful color reproduction. For those upgrading from a DX-format lens system the D750 can also shoot in DX mode at 10.3-megapixels. The camera is compatible with Nikon?s Creative Lighting System (CLS) using the camera?s built in flash to control remote Speedlights for creative lighting possibilities. The new MB-D16 battery pack will also be released with the camera, to provide users with extended battery life as well as a functional vertical grip. 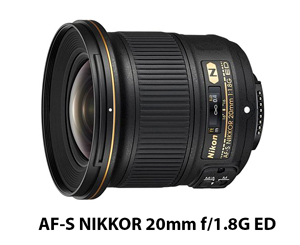 The AF-S NIKKOR 20mm f/1.8G ED is Nikon?s first ultra wide angle lens with an f/1.8 aperture, allowing users to shoot in challenging light and create images with a pleasing separation between subject and background.

With a 94-degree angle of view (FX), the lens is ideal for architecture, interiors, wide-angle landscape and creative group portraits. When paired with the compact D750, this lens is also a great solution for video applications that call for shooting in cramped quarters. This AF-S lens provides whisper quiet and fast autofocus capability, an internal focus design, and features Nikon?s exclusive Nano Crystal Coat to reduce instances of ghost and flare. 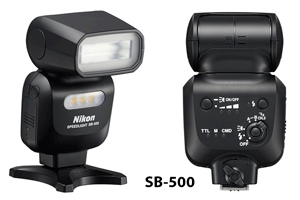 The SB-500 Speedlight is an exciting addition to Nikon?s Speedlight lineup, offering users the unbeatable yet versatile combination of a compact yet powerful Speedlight and LED video light, covering a wide 16mm/24mm (FX/DX). The controls on the SB-500 are simplified, making it easy to explore the possibilities of creative lighting with Speedlights. For full control over illumination, the head of the Speedlight has a 90-degree vertical swivel to bounce light off ceilings, and rotates 180-degrees for soft lighting effects. For remote lighting possibilities, the SB-500 Speedlight can be integrated into a CLS system with two-group/two-channel control. The powerful LED light (100 lux) is a great option for lighting video, and can be operated independently. Additionally, the SB-500 Speedlight is also powered by only two AA batteries, reducing both its weight and size.

TrackBack URL for this entry:
https://blog.nikonians.org/c/mt-tb.cgi/2419