Here are some of the topics and news items we're tracking for our community this week.

The winners are:  (listed in random order)

6.  Michael Kawerninski (qanik) from British Columbia, Canada with his image titled Spring is in the Air

7.  Tom Jacob (sevendayimages) from Spain, with his image titled A Bright Stare for the Photographer

Speaking of winners: Congratulations to Gold member Richard Higgins (HigginsR1) from Florida, USA.  He was named Wildlife Photographer Of The Year 2016 by The Societies of Photographers, an international organization for serious and professional photographers based out of Rhyl, North Wales, United Kingdom.

Here is the official announcement.

The world's best lens cleaning solution, Shutter upgrades and CheatSheets are all on sale! 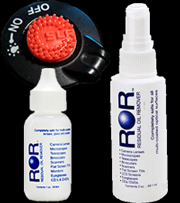 Observe a measurable difference in brightness and clarity with glass or plastic lenses! 2 sizes: 1 & 2 ounce. Click here: Now on sale. (US customers only)

Upgrade your Shutter!
The most inexpensive upgrade you can make to your camera. Each package contains 2 shutter upgrades (choose RED or BLACK). Fits all Nikon DSLRs. Click here to save 5% now.

Save 20% on our legendary CheatSheets; 10% on Helicon Software and 5% on accessories. Get the discount with this link.  (discounts show in Cart).

I Am Nikonians - Candi Foltz (CandisCamera) 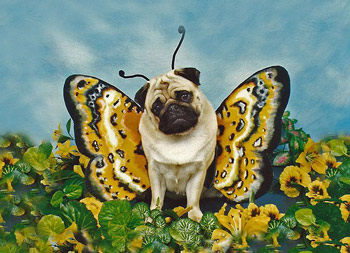 Moderating Team member Marsha Edmunds (meadowlark2) has posted her latest chapter in the Nikonians member profile "I am Nikonians" series of articles.

Her subject in this installment is Silver member Candi Foltz (CandisCamera) from Florida, USA.

I think with these images I have illustrated a short autobiography of my history with photography and the Nikon camera. The photos of the Iguanas and the Pug dog are a glimpse into my past when I was a pet photographer twenty years ago using the Nikon 8008n film camera.  I made all the costumes myself and most of the backdrops. The other photos show more recent digital camera shots and my interest in post processing artistry.

The article includes images showcasing her expertise in pet photography. 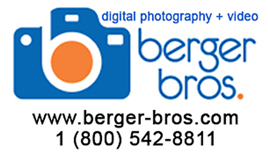 Also we have spectacular deals on Nikon D810 and put your order in now for the new Nikon Full Frame Body to be announced shortly.
Great Personal service: Brad Berger 516-816-4921 or Brad@Berger-Bros.com. - BradBerger@mac.com. 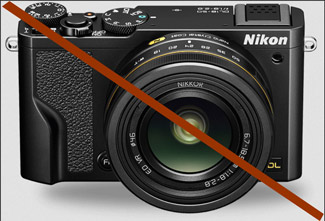 A June, 2016 release was originally planned for the DL series. However, with the identification of issues with the integrated circuit for image processing, release of the three cameras was delayed indeterminately.

Since then, everyone involved has worked very hard to develop products with which our customers will be satisfied. However, it has been decided that sales of the DL series will be canceled due to concerns regarding their profitability considering the increase in development costs, and the drop in the number of expected sales due to the slow-down of the market.

f you had been planning on purchasing any of the DL series cameras, join the discussion.

We've seen this question many times in the past few years, but for our newer members, it's worth having a look at the latest (most up to date) replies.

• If you exclude Photos, which is better suited to cell phone shots and lightweight editing, Lightroom is probably the most popular. Ditto on Windows. A large percentage of apps are licensed to run on either Macs or Windows computers. You don't necessarily need to buy new apps. Lightroom is a good example of that.

• Lightroom is popular with Photoshop but comes with monthly subscription. You can also look at others like Luminar from Macphun, Nikon software, ON1 raw, Affinity Photo, Phase One, DxO... now a day, you can get a trial version to try them before buying.

• One should note that each time you make a change from one editing software to another, your images will not look the same as each and every one have their own algorithms and codes to produce the image, (that's a layman's explanation.

These are just short samples-- check out the full discussion for details, and don't forget to share your opinions.

Spring ANPAT in less than 3 months 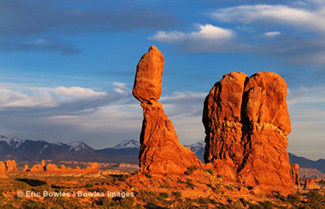 Start the new year right by locking on your reservation for our Spring ANPAT (Annual Nikonians Photography Adventure Trip).

The Spring ANPAT will be held in Moab, Utah.  Join us for a full week of photography, shop talk and camaraderie.

As with previous editions, this ANPAT is administered under the Nikonians Academy for bookings and it is for all skill levels. For more information check our FAQ's.

TrackBack URL for this entry:
https://blog.nikonians.org/c/mt-tb.cgi/2664