« Are you ready for the USA blackout? |Main| What do you do with your photographs? »

Here are some of the topics and news items we're tracking for our community this week. ---

1 -- D5 and D500 becoming extinct?
In an ironic twist, while we are celebrating the 100th Anniversary of our favorite camera company, Silver member Thomas Lawrence (tomlawone) from Idaho, USA is speculating on the inevitable demise of popular Nikon cameras like the D5 and D500. Responding members are countering with a measure of confidence and a glimpse of future generations. 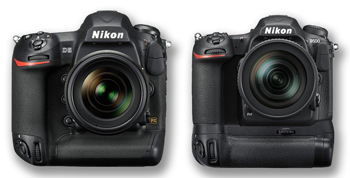 Tom's initial post was a bit on the gloomy side:
Nikon as a camera company is dying. Sony and Fuji and Olympus and Panasonic have mirrorless, the future. The SLR generation was the 50's to 90's. That generation is now old and retired. Today big, fat, full-frame cameras go to professionals and enthusiasts who are young and will carry the weight. DX is the compromise. Does anyone see a day 5 years from now when mirrorless has not done everything the D5 or D500 can do now?

Responses so far include:
• Automotive industry is dying because only Tesla has electric cars.
That said the Sony a9 seems to be a great but also expensive camera. Nikon is not sleeping and it is expected that the D6 will be a new camera as the a9 is today. That will happen within the next 3 or 4 years.
• Truth is that mechanical devices are expensive and unreliable. The camera of the future will have no moving parts and the SLR will become the photographic equivalent of steam locomotives.
• To paraphrase Mark Twain, "The reports of Nikon's death are greatly exaggerated".
I have been hearing these stories for years each time a competitor one ups Nikon. Sure, Nikon is not as big as Canon or Sony, but cameras are also not its only business. That being the case, it is still considered one of the top makers of professional cameras.
• The dead thing is the point and shoot camera, not DSLR cameras. I wouldn't dream of buying a point and shoot; my phone is just as good. But my phone can't touch the quality of a DSLR image, except under the best of circumstances---good light, an appropriate subject for wide angle, and plenty of time to focus. 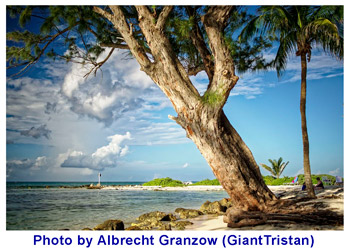 Silver member Mark Virgil Stephan (Mark37814) from Tennessee, USA is wondering if he should service a good 35mm lens or perhaps start looking at a replacement.

Here's the original question:
My current lens is an old AF NIKKOR 35mm f/2D and the aperture blades are sluggish although I don't see oil on the blades. Before getting it repaired I'd like to find out which 35mm lens you're using? Is it sharp and reliable? I like to use my old 35mm on my D700 or D800.

Both of his listed cameras have full frame sensors, and our members are giving him a number of interesting suggestions:

• Have been using the Zeiss zf 35/2 for many years on D700 and D800. Very sharp wide open, beautiful colors, good contrast. This is my most used lens.
• One lens everyone raves about is the Sigma 35/1.4 Art.
• There is now a good variety of options available, the AF-S NIKKOR 35mm f/1.8G ED FX version is excellent and good value, the 1.4 and earlier f2 lenses have nice character but are not my preferred options.

Do you have a favorite 35mm lens that you would recommend? Let Mark know.

Label ALL your gear... BEFORE you go out to shoot!
Each IDmyStuff® label set includes 29 labels, in 3 sizes.  Big enough for a 400mm lens -- small enough for a filter ring. 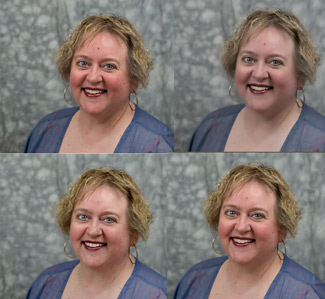 Silver member Peter Conis (PC60) from Iowa, USA asked for advice on fine-tuning a portrait. He provided an original, and our members have made edits to solve some blending issues. Do you think you have a new approach?

Here's the original question:
Here's a photo from a session I conducted involving our nursing instructors.

My concern is the neckline--I can't manage to blend the tan line and reduce the color distinction between the obviously sun exposed portion of her neck and the remainder of her neck visible in this photo.

I tried dodging, cloning, and painting and I was not happy with the results.
Any suggestions would be greatly appreciated. Any additional comments would also be welcomed.

Responding members used a variety of methods, and as we all know, there a many ways to solve post processing challenges.

Take a look at Pete's original - and if you can improve on it, share your version and make sure you tell us how it was accomplished.

5 -- Moderately priced gear for panoramas
Gold member Steve Castle (AusPhotoMan) from New South Wales, Australia is interested in expanding his panorama shooting techniques and apparatus. He's already done some stitching and he's ready for the next step. Take a look at his progress so far and let him know if he's on the right track. 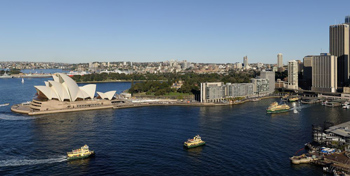 Here's the original post:
Hi all,
I am looking to play around with panoramas. I have been successful with hand held and single row horizontal stitches with a standard tripod pan/tilt head, but sometimes those don't blend correctly in PS. I have a Manfrotto tripod with built in level that to me is very inaccurate when check against a builder's level. The inbuilt level case also moves when the center column is set horizontally, so it can't be accurate.

Am I doing something wrong here in setting up?

I am planning on using a macro focus rail to set the camera to the pupil entrance point, along with one of the rotating mechanisms you can buy economically from China via Ebay. Also, adding an Arca Swiss style l plate and bracket for vertical operation. I figure I can do this for about $AUD150-$AUD200. Are there any flaws in my approach, if so are there other ways to approach the problem? I simply cannot afford a Nodal Ninja or Novofelx style setup.

Attached is a 3 shot vertical stitch, shot on a tripod, not very carefully levelled and lens not at pupil entrance point, but with no foreground to cause issues. Actually, stitched with MSICE.  Regards, Steve

Silver member Gig Marshall (Giguchan) from New York, USA is contemplating a step up to the AF-S NIKKOR 70-200mm f/2.8E FL ED VR Lens. He already has the predecessor. Should he reach for his wallet? 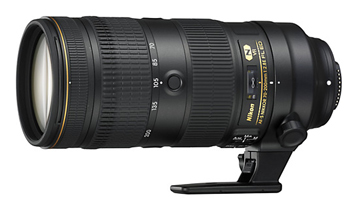 Gig asks:
Have many of you traded up to the latest version of this lens? I have the previous version and was just wondering if any of you have made the swap to the latest version.
In other words, is the latest that much more sharp?
I was also curious to see if the change of the focus and zoom was that big of a learning curve.
I know that every other lens in the world is "normally" the other way around.
Thanks.

Many members have already answered that they would not be upgrading their 70-200's, but one who has already made her purchase says she's very satisfied:
I had the VRII, and now own the new FL. I preordered and had mine two days after BH had it in stock. The older lens is a great lens, but the latest version is really nice. It's sharper across the whole frame, sharp at 135mm (most zooms are weakest in their mid range), has even faster AF (great for sports), and is a little lighter than it's predecessor. It also doesn't have the focus breathing issue.

Is this lens appealing to your NAS (Nikon Acquisition Syndrome)?

This week's 1.02 version improves over the previous (1.01) by addressing issues with shutter response under certain conditions and display preferences. Nikon lists the following fixes:
• The camera would stop responding if the multi selector was pressed right with Add items > CUSTOM SETTING MENU > c Timers/AE lock selected in MY MENU.
• The shutter would sometimes not be released in response to live view touch shutter controls if autofocus was used with an SB-800 flash unit attached.
• Optimal exposure would sometimes not be achieved in photographs taken during live view with lenses that support both autofocus and electronic aperture control (type E lenses).
• If image review was enabled during viewfinder photography, the camera would sometimes display shooting information in place of the most recent picture when the user removed their eye from the viewfinder after shooting.
• The camera would sometimes fail to store the option selected for a Autofocus > a3 Built-in AF-assist illuminator in the CUSTOM SETTING MENU after the mode dial was rotated to another setting. 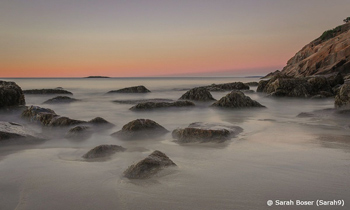 The Fall ANPAT-17 will be taking our members to Acadia and the Coastal Maine and for a very limited time, we have an early bird discount.  This location is a photography paradise, with rugged coastlines, iconic lighthouses, and warm tones of the northern light.

JRP tells us:
October is the best time to be there; exquisite colors abound, not just on the trees, but also on the ground, thanks to the berry plants characteristic of the northern areas. Nikonians Academy Director Eric Bowles (ericbowles) will be our ANPAT Leader.

Check out the 17th ANPAT in the Fall FAQs and the official Nikonians Academy reservations page for more details.

TrackBack URL for this entry:
https://blog.nikonians.org/c/mt-tb.cgi/2685