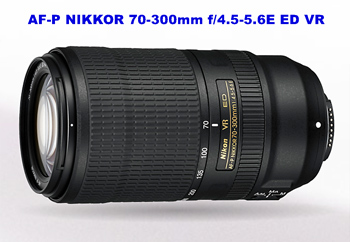 This AF-P technology brings a promise of very quiet and fast autofocus but also takes a step back on the backward compatibility scale.

Our members are already reacting, with some seeking clearer explanations on the compatibility issue:
• The recent trend has been to introduce new lenses that are not fully compatible with recent bodies, e.g. D7100 and many FX bodies.
• This new lens is not compatible with any camera that I currently own. I understand that Nikon needs to innovate, but I hope this is not an indication that all (or most) new lenses will not be usable with my cameras.
• Perhaps the silver lining is that the "old" 70-300 AFS-VR will become a bargain in the near future.

Follow the discussion to see how this lens is doing on the "announcement of release" speculation. We are already getting responses indicating added compatibility for certain cameras once a firmware upgrade is applied.

2 - Step by step to perfection
It took a small horse to help solve a big problem for Candi Foltz (CandisCamera) from Florida, USA. While trying to nail some good images of a pony, she was running into exposure extremes. Our members have responded by giving her some valuable advice that could be of help to many others.

The discussion has touched on Auto ISO, center-weighted metering and exposure compensation.
Here's a sample:
• The  matrix meter will "think" that a subject in shadow is not really the main subject. This has nothing to do with Auto ISO - if you had been using a fixed ISO, you'd have gotten the same results, as long as you were using matrix meter.
• It's not that the camera can't change ISO fast enough. Auto ISO does not correct the exposure. Any of the automated modes - Aperture, Shutter, or Auto ISO - would produce the same result.
• If the horse is in the shade and you expose it properly the background will be overexposed. But I have a feeling you don't want that.
So, if you don't have a strong flash or other lights I guess, it would be best, to just position yourself in such a way, that the horse will be on the light (and not in the shade) when you shoot it.

Take a look at the advice she has received so far, and if you have experience capturing images of fast moving animals under harsh lighting conditions, add your opinions. 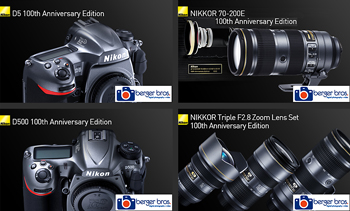 Berger Bros. is now taking orders on all 100th Anniversary Nikon gear and will give Nikonians priority and free shipping (continental USA).

These may be a good investment for future appreciation. To take advantage of this special Nikonians offer, contact Brad Berger 516-816-4921 or Brad@Berger-Bros.com. 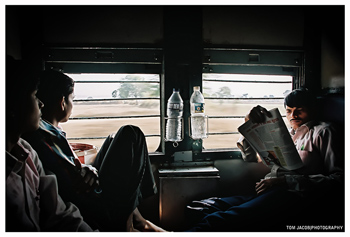 Marsha tells us:
Tom rejoined Nikonians after several years with a busy family and professional commitments.  He remembers receiving his first camera from his parents when he was about 12 years old, a Praktica MTL50 with 50 and 135mm Pentacon lenses, and Tom reports, "I was hooked from that moment on."

Tom lives in Spain five minutes from a big Nature Reserve which gives him plenty of shooting opportunities.

Check out the full article, and make sure you have a look at his gallery. It includes some of the best of his street photography and macro work. 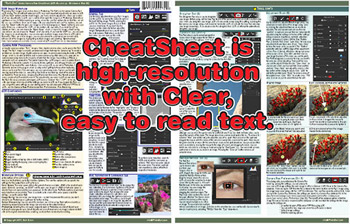 You know you should be shooting RAW files. But, you've always thought they were too hard to edit.
Well, this PhotoBert CheatSheet for Adobe Camera RAW (ACR) makes it easy.

Our extremely popular Adobe Camera Raw CheatSheet has been updated for V9+.
It walks you thru each option in ACR and contains everything you need to know to edit your RAW files like a pro.

We also have CheatSheets for Nikon and Canon DSLRs and most Speedlights, along with some great accessories.

Save 20% on our legendary CheatSheets; 10% on Helicon Photo Software and 5% on accessories.
Get the discount with this link. 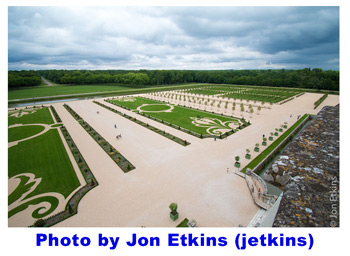 Gold member James Baker (Jamed600) from Illinois, USA considers himself primarily an FX-format shooter, but he's got a trip coming up and he's planning on using his D500 (DX-format) camera plus a carefully decided selection of lenses. That decision-making process has narrowed down to a choice of some wide-angle glass.

Can you match his needs with a lens you've been happy with under the same circumstances? If so, share your advice.

6 -- Care of Acrylic Filters - Avoid Ammonia
Nikonians Academy Director Eric Bowles has a timely warning for our members who are cleaning their lenses and filters during the summer months. In short: Avoid ammonia. 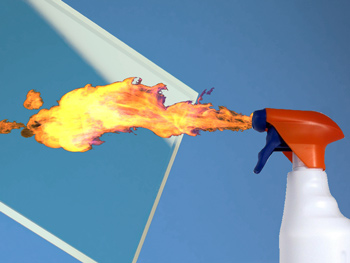 Here's Eric's tip:
We've had several posts about filter quality recently. In addition to glass filters, there are some companies that provide acrylic filters. In some cases, lenses are made with polycarbonate elements to lower cost and save weight.
If you have plastic or acrylic filters, be sure to stay away from any ammonia based cleaners - Windex or other glass cleaners, household ammonia, etc. Ammonia reacts with some types of acrylic and plastic causing fogging. It can't be reversed. So, avoid using Windex or any ammonia type cleaner on any acrylic surface.
If you are using rectangular filters - such as Cokin, Singh Ray, or Hi-Tech - it's important to use either water or alcohol based cleaners.
I can't speak to the impact of ammonia on coatings, but suspect some coatings may be fogged or develop a white film from ammonia. I'd use care. Also keep in mind that most filters do not have sealed edges - there is a small filter ring holding the element in place, and it might be possible for a liquid to work its way under this ring and into the coating if there is too much liquid used.
The damage from ammonia is not immediate. Normally it shows up after several cleanings - when it's too late.

Have you ruined a lens or filter with the wrong cleaning product? Tell us your story.

7 -- Shameful confession: he bought "that" camera

Gold member Jim Tubman (Tubman) from Alberta, Canada was not alarmed by some of the negative criticisms shared by our members of the Nikon D7500. In fact, he purchased one, and -- so far -- he's happy with his new camera.

Here's the introduction to his review:
I have a shameful confession to make: I bought the much-maligned new Nikon D7500. (Gasps of horror! Men faint. Women scream.)
Yes, that one. The one with no AI index pin. The one that won't accept a grip. And most appalling of all, the one that does not have two card slots. I will bare my soul before all the world (or at least, the people who read this forum in Nikonians) and plead for your mercy and pity.
With the levity out of the way, I thought it might be of some interest as to why someone might actually find that model to be a good fit to their needs.

Jim goes on to describe (in detail) why this camera may not be popular with some existing D7xxx users, but a good option for many others looking to upgrade. Check it out. 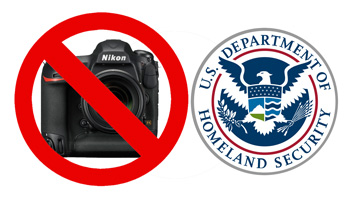 Moderating Team member Ned S. Levi (Ned_L) has an update on the U.S. Department of Homeland Security (DHS) ban on electronic devices larger than a cellphone regarding airline flights from certain countries. Bottom-line: the restrictions are easing.

So far it appears that the UK electronics ban remains in place. From what I can tell it still is affecting direct flights to the UK from: Turkey, Lebanon, Jordan, Egypt, Tunisia and Saudi Arabia.

Read Ned's full post for more details and if you have information that expands, or contradicts his research, let us know.

TrackBack URL for this entry:
https://blog.nikonians.org/c/mt-tb.cgi/2694