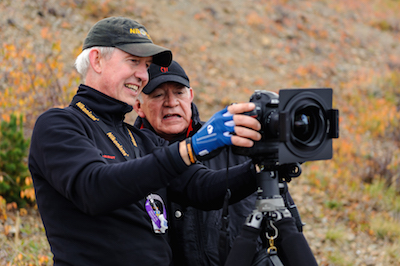 Thanks to our many supporters, we have been able to improve the Nikonians site giving the community an even better place to be.

The fundraising campaign started in August 2015 and is now reaching its final stage. We need your support and hope that you can contribute, any amount counts.

Ramón and I are continuing to lead the changes at Nikonians and there are many items on the list, some of them are due out later this year, like improved photo management and redesign of the display of photographs in our galleries. 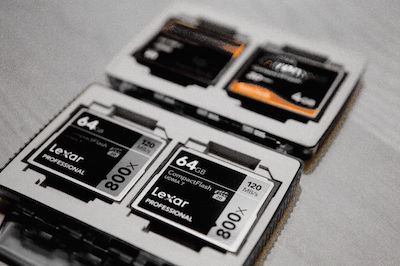 With the Nikon D5 and D500 preferring the XQD format for storage, is the Compact Flash card format doomed (any time soon)?

My take on this is, yes. Of course the format is doomed over time, but it will be around for quite a few more years, just that manufacturers will not produce much of any new camera models supporting it. One reason being reduced manufacturing costs to support XQD vs. higher costs for supporting CF. The CF format is physically great, being robust. The size of these cards reminds me of video cassettes somehow and it is clear that smaller cards are often more practical, ignoring any speed advantages newer specs provide in addition.

For us CF dinosaurs, we can order the D5 with CF slots, for anyone else, get the one for XQD cards. Maybe we can come up with some DIY projects, things to create out of old CF cards, something to put in the window, or to have the kids playing with.

Join the discussion on the future of the Compact Flash in our forums.

More about the XQD card format (on wikipedia)

Nikonians.org has always been a user-driven community. Whenever our members show interest in enhancing our site, we take notice.

Our founders have acted on your needs ---

Fundraising kick off thanks from Bo and JRP

Nikonians.org founders Bo Stahlbrandt (bgs) and J. Ramón Palacios (jrp) are thanking the generous members already supporting the Nikonians 2014 fundraising campaign.
As of this week the fundraising thermometer is creeping towards the $4,000 mark, thanks to some hefty additions (including one for $1,000).  Our founders want to make sure everyone understands that all donations, regardless of the amount, are deeply appreciated.
Fundraising kick off thanks from Bo and JRP 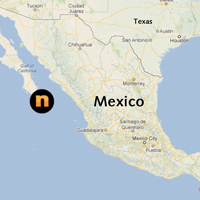 Nikonians founders Bo Stahlbrandt (bgs) and J. Ramón Palacios (jrp) have been meeting to discuss future innovations in the community.

Nikonians founders J. Ramón Palacios (jrp) and Bo Stahlbrandt (bgs) are happy to welcome the large number of new members joining us in the past few years. They have also noticed an interesting trend.

You might want to switch to a search engine that claims they are not storing data of their users. I personally have switched to DuckDuckGo which seems to work well. There is an interview with their CEO here. Btw DuckDuckGo has a plugin for Firefox and other browsers.

OK, so Google bought Nik Software a few days ago. This goes inline with the reported unhappy marriage and factual divorce between Nikon and Nik I mentioned back in March 2012.

Seems the 2006 wedding between the two has been annulated. How much of a happy wedding that was is hard to say, but, we have been waiting for a follow up on the Nikon Capture NX2 a few years now and nothing is on, not even on the most sensitive of rumor radars.

Is the software some minority groups claim we'll still get worth waiting for, risking it will never come?

I would say hardly. Life's moved on and there are great, new tools out there. Take your pick, even if your new one does not come from Nik(on).

So much good stuff to read

Our sponsor Profoto runs their own blog and I really liked what I read. You probably have heard of this vendor before, providing leading light solutions for professionals and ambitious amateurs alike. If you are into understanding more about light and how you can deploy their solutions to get the right light, check their blog.

We have had the luck to use their equipment on various locations, including on the community stand on various Photokina exhibitions.


So much good stuff to read

Visit the Nikonians via video with FotoTV

Nikonians interested in a peek at the Photokina in Cologne, Germany should check out the internview with our co-founder Bo Stahbrandt (bgs), posted by FotoTV.

Visit the Nikonians via video with FotoTV

Our iPhone app Good Locations allows you to spontaneously share good shooting locations with other photographers. Now we also have our Good Locations Website where you can search and filter for locations around the world.

iPad is disruptive to photography

The Apple iPad, meanwhile over 3 million units sold in a few months, is changing business. I am also convinced it is changing the way photographers will work.

iPad is disruptive to photography

Annotate Expert, our tool for keyword-tagging certain parts of an image now supports wireless, tethered shooting with your Eye-Fi memory card. Just select "Eye-Fi" in the camera selection drop down in the tethered dialog and the images you shoot will automagically show up in Annotate, ready for tagging and further processing/uploading.

Peaceful holidays to all Nikonians

No matter where you are on this beautiful, blue planet of ours, Ramón and I are wishing you peaceful holidays. 2009 has been a tough year on many of us, though the Nikonians community, the waterhole for anything Nikon, has grown steadily and we're ready for launching new inventions, software and website features for the community in 2010, the year of our 10th anniversary.

Peaceful holidays to all Nikonians

How XMP is used in Annotate

Our Annotate software uses the XMP (eXtensible Meta Platform) notation that was developed by Adobe back in 2001 to store the coordinate-bound annotations (comments) and virtual crop information in a non-destructible way in an image.

How XMP is used in Annotate

50th Anniversary of a Revolution 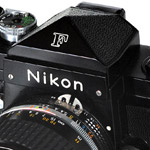 It was back in 1959 that a new camera came to market, revolutionizing the photographic industry and transferring forever the epicenter of the photographic marketplace from Germany to Japan. The Nikon F, by Nippon Kogaku K. K.

50th Anniversary of a Revolution

Why you should care about Nikon D3X

If you believe you should ignore the Nikon D3X because it is too big, too expensive or does not have video, read on.

Why you should care about Nikon D3X

It feels like it wasn't long ago Ramón and I started Nikonians. Today we reached the 150,000 active members milestone.

In case you have missed it, DxO (French specialist of noise reduction software, also advertising their products on Nikonians) came out with a new raw format benchmark (dubbed "DxO Mark") some days ago.