Is there really any reason for going manual focus when our autofocus (AF) systems are just getting better and better?

Yes, maybe there is. In this weeks newsletter I am shortly looking into one good reason.

Here are some of the topics and news items we're tracking for our community this week.---

Your Nikon can co-habitat with your drone

So-- You own a Nikon DSLR and a sophisticated drone, and your next shoot will require extensive travel.
Wouldn't it be nice if someone came up with a high quality transport bag that could carry your drone and your camera gear?

Your Nikon can co-habitat with your drone

Our friends at Think Tank Photo have just released the first three in a new series of bags built specifically for professional video.

Underwater with the Nikon D500

Underwater photography enthusiasts are more than happy to know that the new Nikon D500 already has a promise of a housing.

This comes from Dive Photo Guide:
"After announcing plans to release a housing for the Nikon D500, this week Subal shared a teaser image on Facebook promising to deliver the product within a matter of weeks.

The prototype of New Subal ND500 for Nikon D500 is finished and tested," reads the Facebook post.

The company believes the housing will begin to be delivered on June 10th, 2016.

Underwater with the Nikon D500

Attention Nikonians in California: Are you interested in increasing your lighting skills?

Be on the lookout for an email from us within the next few days.

Profoto's release of the Air Remote TTL-N, made the Profoto B1 become the world?s first off-camera flash to accomodate TTL with Nikon cameras.

The advisory warned that the D810 had a problem where, "noise (bright spots) are sometimes noticeable in long exposures, and in some images captured at an Image area setting of 1.2? (30?20)."

Brad Berger tells us the new Nikon D4S is now in stock at Berger Bros. Camera. 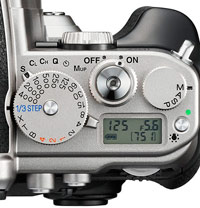 This may not be the camera you absolutely need -- But for many Nikon enthusiasts with warm memories of the good old days -- it is destined to become the camera they absolutely want.

The new Nikon D610 FX-format camera features a continuous quiet mode, allowing you to shoot sequence shots with a minimum of mirror-slap noise. It should be available in late October with a manufacturer's suggested retail price of $1999.95 USD for the body only.

Our members are discussing the new camera right now.

Nikon has announced the Nikon 1 AW1, the world’s first waterproof and shockproof interchangeable lens camera. This version allows for underwater photograph by snorkeling and scuba enthusiasts. 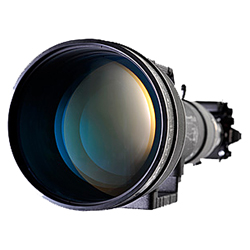 The Zoom-Nikkor 1200-1700mm f/5.6-8P IF-ED lens was put to good use when Roman Catholic cardinals selected their new Pope.

Our members in the Manual Focus Lenses forum are discussing the legendary Zoom-Nikkor 1200-1700mm f/5.6-8P IF-ED lens with links to images of this monster chunk of glass on the scene. At 888mm (just short of 3 feet long) and weighing 16 kilograms (35 pounds) it has earned the nickname "tuna."

If you are interested in the history behind this lens, check the Nikon Recollections page featuring comments by the two men who were responsible for its optical design and its mechanical design.

Our friends at Think Tank Photo have just announced three new photography accessories for you.

Sekonic describes the new meters as the world's first touch-screen operated light meters with unique features for both still photographers and motion imagers.

Smartphone users will quickly adapt to the color 2.7-inch LCD monitor, which enables simply touching or sliding a finger over the touch screen to make settings.

The units are basically identical with built-in Pocketwizard support added to the L-478DR model. This is a highly useful function for wireless flash triggering and power control over multiple lighting units from a single location.

Nikon's newest FX-format camera has been unveiled.
The Nikon D600 features a full frame 24.3-megapixel CMOS sensor alongside an EXPEED 3 image processing engine that allows for outstanding low-light ability and sharpness.
The new camera will be available on September 18, 2012 for a manufacturer's suggested retail price (SRP) of $2,099.95 (USD) for body only or $2,699.95 kitted with the AF-S NIKKOR 24-85mm f/3.5-4.5G ED VR lens.