Our image gallery uploader for Mac has been updated. This new version takes care of some issues found in V1.30, such as a stall that could happen during upload.

Silver, Gold and Platinum members can download the uploader at no cost on the Nikonians site.

Our iOS app has been updated. Browse images, tag favorites, see latest discussions, upload images easily to your gallery and share with others.

Nikon's Service and Support download center has a firmware update available for the Nikon D7200.

The update covers issues in the setup menu, audio static, handling of RAW processes and proper display of leap years.

Get the most out of the Google Nik Collection

Nikonian Jason Odell has made a set of guides and videos on how to get the most out of the meanwhile free Google Nik Collection plugins.

Jason has now a 25% special for us on the guides, check it out.

Get the most out of the Google Nik Collection 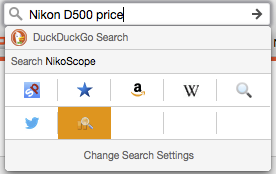 By adding Nikonians (NikoScope) as a search engine for your web browser, you can search through the large amount of pages at Nikonians easily.

Works with Firefox, Chrome and Internet Explorer.
Safari support currently not available - we're working on it !

The NikoScope plugin page has the plugin.

Upload shots from your iPhone, iPad or Android to Nikonians 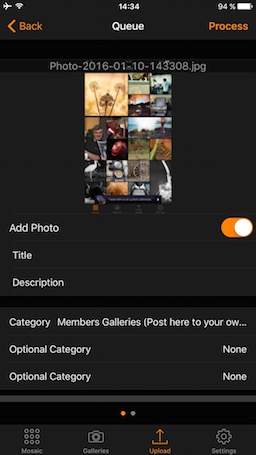 If you have some of your photography stored on a mobile or tablet, it is easy to upload that into your own gallery at Nikonians.

Just go and grab the latest, free version of the Nikonians mGallery from the iTunes appstore or Google Play, login with your Nikonians username in the app and you are ready to go.

Upload shots from your iPhone, iPad or Android to Nikonians

Nikonians.org has launched the Android version of mGallery.

It can be downloaded from Google Play and just like the previous iOS version it helps you make an easy connection to the Nikonians Gallery on smartphones and tablets.

OK, so Google bought Nik Software a few days ago. This goes inline with the reported unhappy marriage and factual divorce between Nikon and Nik I mentioned back in March 2012.

If you want to use your iPhone, iPad or iPod to assist with Depth of Field (DOF) and Hyperfocal Distance calculations, the free DOF Calculator by Nikonians app available on iTunes has recently been updated.

Nikon has released Version 1.10 firmware for the 10-30mm and 30-110mm CX lenses. The update allows Nikon J2 cameras to be shut off by collapsing the lenses to their carry position.

Seems the 2006 wedding between the two has been annulated. How much of a happy wedding that was is hard to say, but, we have been waiting for a follow up on the Nikon Capture NX2 a few years now and nothing is on, not even on the most sensitive of rumor radars.

Is the software some minority groups claim we'll still get worth waiting for, risking it will never come?

I would say hardly. Life's moved on and there are great, new tools out there. Take your pick, even if your new one does not come from Nik(on).

Apple has released an update to the Lion Operating System that reads the new Nikon Series 1 camera RAW files.

Holiday specials and Gift Ideas from our Photoproshop

Added by hendric | December 8, 2011   11:15 AM Holiday specials and Gift Ideas from our Photoproshop

"The Nikonian" eZine app for the iPad has been updated to Version 1.1. You'll get access to our exclusive newsletters, packed full of equipment reviews, great photos from our ANPAT trip, updates of our Academy classes, and of course, exclusive Nikonians offers! Grab the app now!

Limited time only: Save 50% on the Ultimate RAW Converter

Less than a week remains for your opportunity to take advantage of the Phase One 50% savings offer on Capture One Pro 6.
Capture One Pro 6 brings out the very best in your images with tailor-made Nikon camera profiles. See why many of our members describe Capture One as the choice for Nikon photographers.
For a limited time, you can save 50% and get Capture One Pro 6 for 199 USD / 149 EUR only. The offer expires November 20th. Use the voucher code “CONIK2011” to claim your discount here.

Limited time only: Save 50% on the Ultimate RAW Converter

PhotoBert Fall Sale - 10% Off All Products!

PhotoBert, makers of the popular CheatSheets and the amazing Helicon Pro focus-stacking software, is slashing prices by 20% off of CheatSheets and 10% off of everything else (accessories & HeliconFocus). This offer won't last long, so head on over to start your holiday shopping! Your discount code can be found at the Nikonians Rewards page.

PhotoBert Fall Sale - 10% Off All Products!

Now photographers and Nikonians members can enjoy the electronic magazine THE NIKONIAN on their Apple iPads. You can find the app in the iTunes store. The app makes it possible to browse and download all issues of the ezine available since 2003.

Professional photographer Mike Hagen has been working with Phase One's professional catalog program and media manager. Read his impressions in our resources.